Showing posts from July, 2009
Show all

Why I'd rather buy a CD than get free music downloads 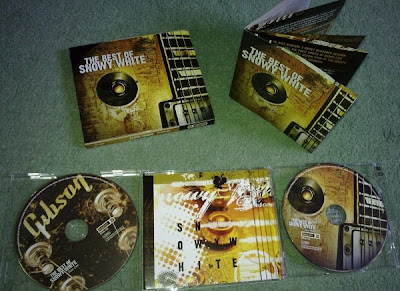 I grew up with LPs (1970s) You know, huge, fragile things that wore out quickly but did at least have big, colourful album art and (usually) sleeve notes. Then I moved to cassettes (1980s) Small, fragile things that wore out quickly and had quite titchy (but still colourful) album art and (even titchier) sleeve notes. Then along came the CD (1990s/2000s) Slim, rather robust discs that never wear out. And which sound AMAZING. And the album art is reasonably readable and just as colourful. Great for collecting and for ripping at any quality I like. And so we come to the download generation. Music stores (e.g. iTunes). Almost faceless MP3 and AAC music files. If you're lucky you get a tiny thumbnail graphic. Sound quality is a lot worse than CD if you listen closely. Just as expensive as CD, but you can find popular albums for free in the shadier corners of the (cough) Internet. But you know what? I'd rather buy the CD for music I like than a collection of computer files that
3 comments
Read more
More posts