Showing posts from November, 2012
Show all

Switch off fortnight? What? NOW? Craziness...

November 20, 2012
So which blithering idiot scheduled 'Switch off fortnight' in the UK for two weeks in the late Autumn? When it's cold enough that every device left 'on' actually contributes to heating our buildings and thus means less work for the heating system to do? In other words, switching stuff off at this time of year has almost no 'net' effect whatsoever..... 'Switch off fortnight' needs to have happened in the SUMMER term, when dramatic overall savings could have been made. As a physicist, I sometimes despair..... 8-)
Post a Comment
Read more 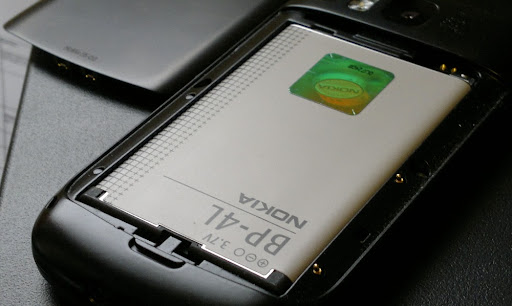 It's true that I've been objective in the past - I wrote a long and detailed article here, pointing out the pros and cons of sealed vs replaceable batteries in smartphones . I was honestly trying to see both points of view, despite my own feelings on the matter. However, enough is enough. I realise that most tech commentators, supplied with far more loan/review phones than me and never getting to the point with any device where it's 'old', have been very vocal about 'sealed batteries being the way of the future' and that I should get used to it. The argument is usually along the lines that 200 million iPhone sales prove that Apple's 'sealed' designs are right. But just because the other appealing factors of the iPhone make it desirable doesn't mean that Apple are right about batteries. But yes, Apple started the rot. And now we have the HTC One X and One S, the Nokia X7 and E7, the Lumia 800/900/920 and even (horror) the LG-made Nexus 4 a
12 comments
Read more
More posts